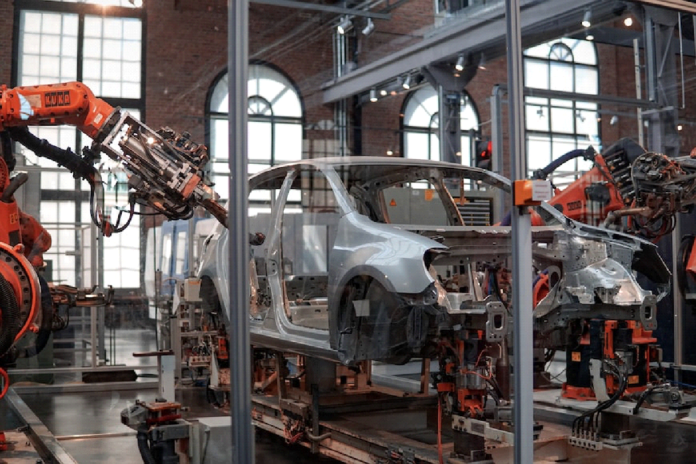 How are Industries Taking Advantage of Automation and How Does Automation Work?

Automation has always been a goal for a couple many reasons. The reduction of the cost, efficiency increase, improved safety for the workers, increased output production, and more.

But how exactly are various industries taking advantage of automation and is there a system in place?

Most importantly, how are some of the smallest devices such as slip rings having a very important role in these automation systems?

These are some of the questions we’ll be answering down below, so keep on reading!

Automation is a process where a specific type of equipment is used to automate a certain process in the factory or production facility.

What’s very specific for automation is that human input is very minimized and even eliminated in some situations. However, a precise, programmed, robotic input takes over and provides the same service.

In most situations, not only does the automation system provide a more precise and faster service, but it can also eliminate human error, especially when dealing with things that could take humans hours to perform correctly.

Therefore, automation is all about the use of machines that can get work done better, faster, and safer in the long run.

Benefits and Advantages of Automation

Even though it can be costly to integrate an automation system into place, it can actually reduce operating costs since it can eliminate the constant requirement of human input.

Since these automation systems are built for a specific purpose, they’re often very reliable and can even eliminate any error or danger during the operation.

For the factories and production facilities, automation systems can help increase the required output, add consistency to the production of certain parts, be more competitive on the market, reduce factory times, and even ensure a better ROI.

Automation systems are not only able to speed things up, yet they have the ability to make the most from the material used, ensure better quality, add consistency to the product creation, and more.

Of course, there are even benefits for the workers since automation systems can help them have shorter workweeks and in most situations, less manual work and hard labor.

Availability is another big benefit that is often overlooked since automation machines and robots don’t leave the factory and yet they can always be used to fit the production demands.

Automation system is a type of a system that’s specifically made to minimize the input of a human and create a machine or a robot that will be able to perform a certain function with minimal or no help from the human.

Therefore, automation systems come in all shapes, sizes, and types, depending on the purpose they’re made for.

However, one thing all automation systems have in common are certain components such as controls, sensors, and actuators that are specifically designed to combine mechanical, electrical power and energy to produce precise and high-quality work.

On top of these machines and robots, there are also 4 different types of automation including:

The most common type of an automation is the fixed automation which is a type of an automation system that helps carrying out a single set of tasks. Even though this might seem inefficient in the long run, such systems are very affordable and easily integratable into the factories and yet can save up a lot of time, improve the efficiency, productivity, and quality.

Programmable automation machines are the ones that can be programmed to change the desired output within the parameters they can handle. The programming isn’t complicated and it doesn’t require a lot of time so the effort still pays off in the long run.

Flexible automation is a type that can have a couple of machines working together and with the code sent from a computer (also programmable), it can provide various functions.

Integrated automation type is the one where every single part of the process is automated and is handled without any human involvement (if there’s any, it’s minimal). Lots of these types of automation machines and equipment use techniques such as scheduling, computer-support, and automated material handling so there’s really no human action required at the production line.

What Role do Slip Rings Have in the Automation Process?

Slip rings are one of the smallest devices you can think of in the whole automation system and its equipment, however, it’s very important – but why?

Most automation machines come with a stationary base, but also a rotary part to it which helps get the tasks done, improve flexibility, and just do more than a human can.

Slip rings are tiny devices that were invented to help solve one big issue in such machines which is the wire winding problem. Wires hanging around the joints can seriously create an issue and lead to a downtime of the machine.

Therefore, slip rings are small devices that eliminate wires hanging around the joints by providing a solid contact point through the slp ring’s body which uses rotation to provide a stable contact.

Slip rings are ideal for bridging the gap between the stationary and a rotary part of a device, and on top of that, they can also transmit electrical signal, power, data, and more, depending on the type of a slip ring.

Moflon is one of the most reliable slip ring manufacturers that has been producing slip rings for over 30 years. They produce various slip ring types that fit almost any industry, from aerospace and food & beverage industries to military and factory automation. Moflon also produces custom slip ring solutions for innovative equipment, ideal for innovative automation equipment.

Automation is often opposed by people, but in the long run, it meets the goals much better and it is definitely a help humans could use, not only to be more efficient, but also to stay safer at certain workplaces.

Yashhttps://diffusionoftechnology.com
His love for reading is one of the many things that make him such a well-rounded individual. He's worked as both an freelancer and with Business Today before joining our team, but his addiction to self help books isn't something you can put into words - it just shows how much time he spends thinking about what kindles your soul!

13 Things About mariquitas animal You May Not Have Known

Diffusion Technology is a Professional Tech, News Platform. Here we will provide you only interesting content, which you will like very much. We're dedicated to providing you the best of Tech, News, with a focus on dependability and Technology, Software, Application, Gadgets, Gaming Blog and News.

13 Things About mariquitas animal You May Not Have Known

© Deffusion of Technology | All rights reserved